Have you ever met an artisan? I mean a real living breathing artist or craftsman or woman who can take some raw elements or ingredients or bits of wood and metal and make them into something beautiful or functional or even magical. Have you? In my opinion and in my experience it’s un-common. Mark is one of those hen’s teeth.

I don’t like infinity, it gives me the willies, but you know that thing about monkeys and typewriters and the complete works of Shakespeare? I don’t care how long you give me, I’m never going to turn some mahogany and aluminium and bits of wire into a guitar even close to what Mark gestates and delivers from his workshop in beautiful North Carolina.

This episode marked the first time I stranded a relative stranger on Deep Space Station Gideon. That is to say someone I had not previously sat in a room with. Not ate pastries and drank coffee with. Not met be-fore. Not had the luxury of some familiarity and shared stories with.

So on a classic Durham Sunday morning I was just a little bit anxious. I needn’t have been. Mark and his wife Kate welcomed me into their home, showed me the space where my MotorAve BelAire came to life. Introduced me to their dog. Treated me like a friend. It was a generous and moving display of trust and warmth.

During the interview we soon discovered common ground. Music of course, but also thoughts and a certain world view. Everyone has a story, and I can usually find in conversation something that fascinates and educates me but by any objective measure Mark’s narrative is amazing. Through a rich and varied life he finds himself at the pinnacle of his game – a luthier of the very highest calibre. I’m not sure if I quite managed to convince him of his singular genius but I’m pretty sure this record of me trying will find a fascinated audience beyond those musicians lucky enough to play one of his guitars. And the list includes one of my musi-cal heroes by the way: Josh Homme. It was seeing and hearing Josh wield a BelAire that inspired me to track Mark down in the first place.

This interview occurred at the beginning of a road trip into the Deep South of the United States. It was a magical journey and this was the perfect opening chapter. 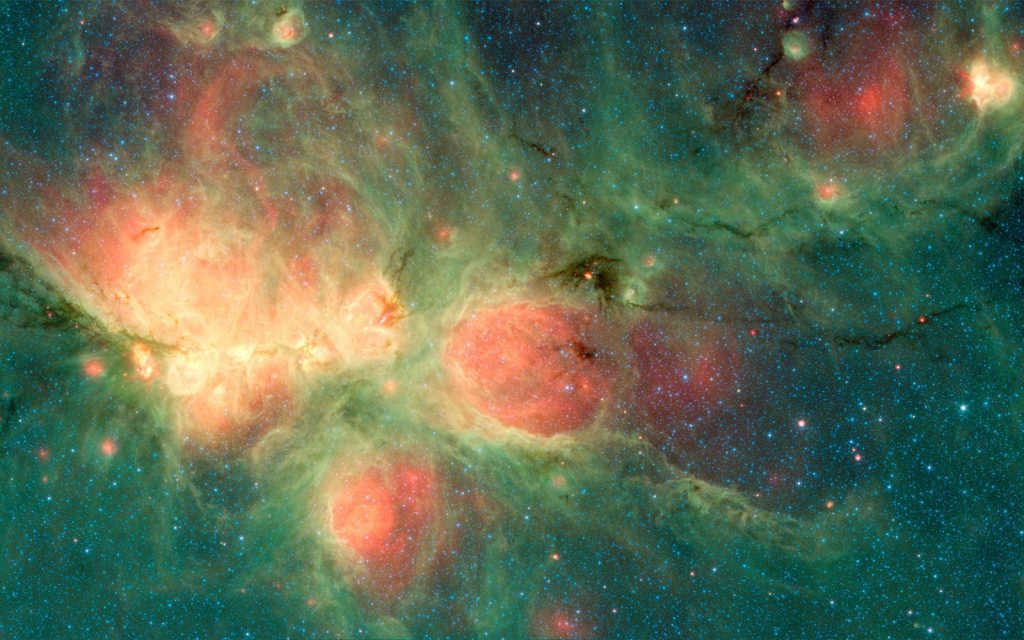 It’s where it all started for me. Maryta went and saw the movie in ’64 and bought the soundtrack record in the lobby. I found it in ’69 when I was six, learning how to use the record player, and it blew my mind. I’ve never been the same since.

It’s my spirit song. Years ago in Oregon, the Secrets played an outdoor show out in the woods somewhere.. there were 7 or 8 bands and it just went on and on, and we were stuck out there for the entire day ‘cos it was our PA. By the time we went on I was in a very black mood, and when the whole miserable thing was over we left, me and Dave the bass player, in his car down a long dark road back to the highway. We didn’t say anything, but after about 15 or 20 minutes Dave clicked on the radio and there it was. It was just released, and we turned it up and continued driving. Not talking. When it was over my soul was somehow healed. The black mood lifted, and I found myself happy again. The power of pop music! Since then this song has followed me around. I hear it now and then from radios and in stores, and it always reminds me to try and make the best of it.

I bought this record after reading an article in Musician magazine. I wasn’t in a band at the time.. Seattle ’87.. but after listening to this record I found myself absolutely NEEDING to be in a band. I bought a new amp and was in a band within a matter of weeks. It really saved my life, ‘cos at the time I felt like I was getting a little old and was drifting toward a career in the hotel business. Close shave.

Heard this in Switzerland in ’98. This record came out at the same time the mockingbirds record did. I was not in a great place at the time.. very depressed.. and this record spoke to me. It was as if the singer was speaking to me directly, and he was just as tired of knocking his head against the wall as I was. His relationships were shallow, he drank too much, his band never got anywhere.. he was like me! I don’t know, it sounds dumb but it really stayed with me. And it’s a great pop record.

It’s gotta be Elliott Smith’s ‘needle in the hay’ record. A friend got me a tape when it first came out, and it very nearly crushed me. At the time I fancied myself a pretty good songwriter, you see.. but this guy.. this guy was a LOT better than me. He was doing something kind of similar to what I was doing, but what he did with the form was mind blowing. I credit this record to my basically giving up music. I mean, why even try? I knew I could never do it that well. Of course now I can look back and see that not everything I did was bad, but I still get goosebumps listening to Elliott. I wish he’d stuck around longer.

I got this record early. It was my 2nd Beatles record, and maybe the first record I ever bought with my own money. My mom was reading ‘Helter Skelter’ for her book club, and I picked it up when she had finished. I think I was 11 at the time. Something about reading that book and hearing these songs made the record very powerful, and I became com-pletely absorbed in it. I started learning the songs on guitar with the help of a Beatles songbook I got for Christmas, and really developed the foundation for how to write songs of my own.

Got this in ’89, in San Francisco. I knew about Dylan, and liked some of the songs off his greatest hits record that I had, but I really didn’t get it. His voice was weird, there were no harmonies or cool arrangements or anything.. I wasn’t convinced. Until this record. I think it was ‘115th dream’ that did it. ‘I was riding on the Mayflower when I thought I’d spot some land’ .. I don’t know. It killed me. I became obsessed, and bought ALL the records, and it might have been a year before I played anything other than Bob. I still love him deeply.

On a desert Island? Probably ‘True Romance’. Or ‘To Kill a Mockingbird’. Maybe Lebowski.

There is no such thing as failure, and failure’s no success at all.

The Mendocino coast of California